What’s the Average Cost of Propane Gas in North Texas?

Propane gas prices in Texas have recently hovered around $2.42 per gallon, according to reports by the U.S. Energy Information Administration. This is within the ballpark for the past six or seven years.

Propane is a relatively inexpensive fuel option. The price doesn’t usually fluctuate by large amounts. If it does change, it’s generally only by a few cents. Homeowners who opt for propane in their homes will most likely see increased savings annually when compared to more expensive fueling options on the market.

The Cost of Propane Gas

Many households throughout the area only use propane during the heating season, which is typically from October to March. As a result, their costs are relatively low. Most will fill their propane tank two to three times for the season, then go about their business. For a 500-gallon tank, it costs up to $1,070 to fill the tank based on current prices. Depending on the weather, you may need to fill up three to five times during a six-month winter season, which totals between $2,000 to $5,500.

With the per gallon price and per season price, we can further break down the cost of propane gas for homeowners in North Texas. For example, a residential storage tank is typically 120, 250, 500, or 1,000 gallons (either above-ground or underground). During each fill-up, the tank is filled to 80 percent capacity to allow safe room for expansion. Some homeowners rent their propane tanks. Others own their propane tanks, which reduces the cost per month significantly.

In some cases, you can sign a pre-buy or fixed-price contract with your propane company to keep costs low. Most homeowners sign them during late summer or early fall with an estimate for how much propane they will require in winter. A contract can be a smart move due to the fluctuating prices of propane. Even a few cents increase can add up over time. 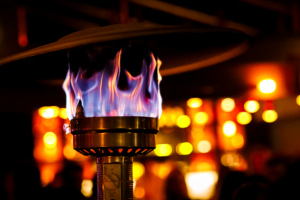 Also, know that many propane companies in North Texas offer new-customer incentives, which vary from free propane (50 to 100 gallons) to discounted prices for a certain period of the year. These incentives are attractive to any homeowner who has recently considered swapping to propane for their home’s heating system.

For the best propane prices in North Texas, contact Northwest Propane and learn about becoming a new customer. You can reach us at 972-247-6121 for more information on pricing, delivery, and everything else related to propane in the area!